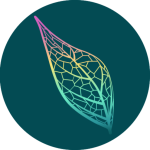 Find answers, ask questions, and connect with our community around the world.

Loading Mastodon feed...
Reply To: Climate and the Psyche

Please confirm you want to block this member.

You will no longer be able to:

Please allow a few minutes for this process to complete.

You have already reported this .
Clear Clear All